The long awaited, ahem, dreaded, pension bill has been proposed.  It is Senate Bill 1 or SB1. In the days since its release, I have heard people say “hey, it’s better than the governor’s bill!”  Well, that may be true, but that is not saying much. This bill hurts retirees, teachers, students, and the future of education in Kentucky!  We know that this is a terrible bill.  So if you are ready to take action now, skip down to the 6 action steps listed below.  However, if you would like to read more about of Senate Bill 1 and why it is so bad, there is lots of information below!

The sponsor of the bill (who incidentally is not seeking re-election) Sen Joe Bowen was quoted in a Lexington Herald Leader article as saying “he does not anticipate any “push-back” from teachers or other public employees. That’s just as well, Bowen said, because lawmakers aren’t going to accept changes to the bill even if people do raise objections.” We need to show Senator Bowen just how wrong he is! Grassroots efforts by “we the people” stopped the special session on pensions and now we need to fight back against this bill again!

Does SB1 finding funding first? No!

Was there transparency in the process?  No!

Did lawmakers keep the pension promise? No!

As with many things, the devil is in the details.  Here is the exact wording of the pension bill–click on the link to see a summary and actions taken on this bill, then click on “SB1” to open up the actual pdf with the wording of the bill.  The website KY Ed Policy has a breakdown of SB1 including a Q&A section that includes easy to understand “teacher talk” and example scenarios.  The Kentucky Center for Economic Policy also explains some of the details of SB1. Forward KYcompiled a list of the plusses and minuses of the senate pension bill and their are a lot more minuses than plusses in addition to an explainer that compares the various types of pension plans including the proposed hybrid cash plan.

The Lexington Herald Leader also reported on  7 Things Teachers Need to Know about the pension bill.  In addition, several opinion pieces pieces have been published about this new pension bill.  The first op-ed breaks down some of the financial problems with SB1.  Another one, points out how our legislators are considering adding more responsibilities for teachers by asking teachers to carry guns to school while at the same time cutting teacher benefits through this proposed pension bill.

So, how can you help? 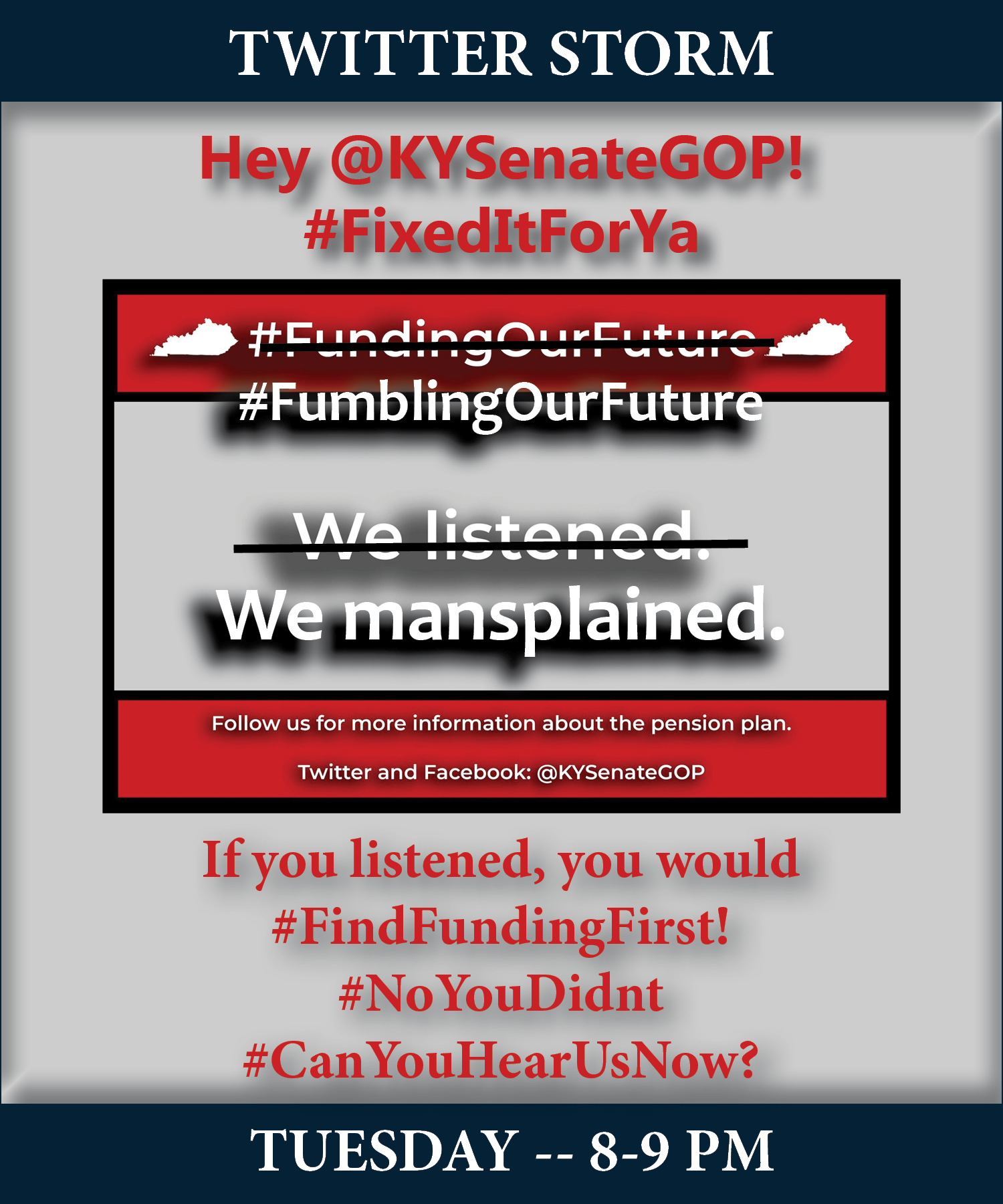 And as always visit www.saveourschoolsky.org or follow us on Facebook for up-to-date information on the pension and other public education issues!